Call us now to discuss your case
Don't wait to get the help you need. Contact us today for a free consultation.
Call Us Now (954) 568-3636
Call Us Now
1 About the Firm Slip and Fall Attorney David Fuchs Can Help With Your Claim

We tend to overlook the hazard of falling in our everyday lives, but a fall caused by slipping or tripping can result in serious injuries. Some of these falls may be unavoidable accidents. In other cases, the fall was caused by a dangerous condition that should have been addressed. If you have slipped and fallen on someone else’s property and incurred injuries as a result, you may be able to hold the property owner responsible. If you find yourself in this situation, you should reach out to a Fort Lauderdale slip and fall lawyer to learn more.

Attorney David I. Fuchs helps people who have incurred injuries in Fort Lauderdale slip, trip, and fall cases. With nearly 30 years of personal injury experience, he provides dedicated and aggressive legal representation while fighting for you to get the compensation you deserve.

Common Property Hazards that Lead to Slip and Fall Accidents

You can trip and fall under almost any circumstances, but certain hazards are especially dangerous and routinely result in injury. Examples of property conditions that have caused injuries include:

Many other conditions that can result in a fall, both inside or outdoors. Further, these trips can occur on any property, such as the grocery store, Walmart, a concert or sports venue, or a hotel. If you were injured on someone else’s property, an experienced Fort Lauderdale slip and fall attorney can assess whether the property owner should be held liable.

Injuries in Slip and Fall Cases

Slip, trip, and fall accidents can result in very serious injuries. The Law Offices of David I. Fuchs fights for clients to receive compensation for the following:

According to the Centers for Disease Control and Prevention (CDC), falls ca4 be especially dangerous for people 65 and older, as such accidents are more likely to result in broken bones and other severe injuries. Injuries resulting from a fall can have long-term impacts on your day-to-day life, so it’s important to reach out to a fall or slip lawyer in Fort Lauderdale if you’re suffering after one of these incidents. 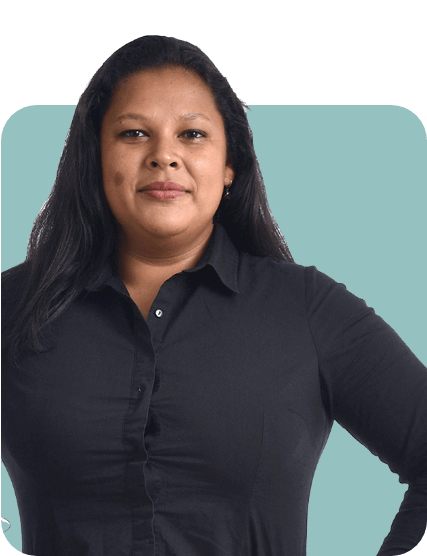 In a slip and fall case, a standard of negligence is applied in order to determine whether the property owner met their legal obligation to maintain their property. They are considered negligent if they did not act with the same level of care that an ordinarily prudent person would have under the same circumstances. In the context of a slip and fall case, this issue raises two questions:

If the property owner knew and failed to address the danger, or should have known about it, they may be held liable for injuries suffered by those who lawfully visit the property. A tenacious lawyer in Fort Lauderdale like David Fuchs can use his years of experience in premises liability and personal injury law to strengthen your case from the beginning.

It can sometimes be difficult to determine whether a property owner was negligent. Generally, they need to make efforts to make their property safe that would be deemed reasonable under the same circumstances.

In some cases, this means that the property owner meets their obligation by posting signs or other warnings alerting guests to the potential hazard. For example, they need to ensure the maintenance staff is placing wet floor signs after mopping the tile floor in the lobby. In other cases, hanging a sign and refusing to repair or otherwise address the issue may not be sufficient.

It’s important to keep in mind that property owners’ efforts only need to be reasonable under the circumstances. In other words, their efforts don’t necessarily need to be successful or have prevented any fall from occurring. For example, a property owner who makes reasonable efforts to repair a broken sidewalk pending total replacement may not be liable in the event someone who still trips is injured.

In cases where a property owner didn’t actually know about the danger, the question then becomes whether they should have known. In these cases, you need to consider the following:

The facts particular to each situation determine slip and fall cases. That is why it’s important to retain the help of a seasoned attorney in Fort Lauderdale to help you navigate the complicated process of filing a slip and fall claim.

Statute of Limitations after a Slip and Fall

In any personal injury claim, it’s important to understand that there is a deadline for you to file a lawsuit seeking compensation for your injuries. The statute of limitations for a slip and fall case under Florida law is four years from the date of the accident. If you fail to file your lawsuit within that time period, your case will most likely be dismissed.

Four years may seem like a long time, but it can pass faster than you think. It’s important to understand that the four-year deadline starts running from the day the accident occurred – not the date you discovered your injury, learned that the property owner was aware of the hazard, or when an insurance company denied your claim.

Property owners often defend themselves against slip and fall claims by arguing that the victim’s own negligence contributed to the accident. For example, the property owner may claim in your case –

Florida is a pure comparative negligence state, meaning that any compensation you are entitled to will be reduced by the amount your own negligence contributed to the accident. For example, if it is determined that the property owner was negligent, but your failure to pay attention contributed 20 percent to the accident, your compensation will be reduced by 20 percent.

Allegations of being comparatively involved in a slip and fall accident can be frustrating, so do not hesitate to reach out to a dedicated Fort Lauderdale lawyer like David I. Fuchs.

After slipping and falling on someone else’s property, you may be entitled compensation for your injuries, your financial losses, and your pain and suffering. Unfortunately, getting the compensation you deserve is incredibly difficult without the assistance of an experienced Fort Lauderdale slip and fall lawyer. David I. Fuchs can give you the help you need to put your life back together. If you’ve been injured in a slip and fall accident, call or team or reach out online.

If you cannot come to the Fort Lauderdale office, accident attorney David I. Fuchs will send a representative to see you. He speaks English and Spanish. Se habla Inglés y Español.

Every day that goes by costs you more.
Let us help put a stop to that. Contact us today for a free consultation.
By Phone (954) 568-3636
Contact Us